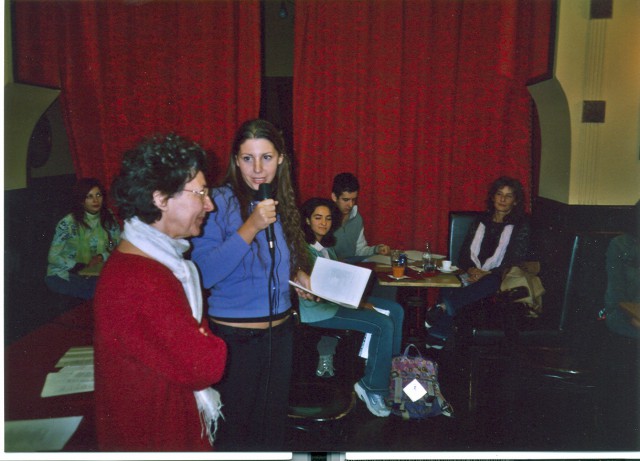 The journalist and writer Oliviero Beha has introducted to the public the book  “Il gesto della memoria/ The gesture of Memory”, with the poems of the winners of the First Edition of the Competition; Antonietta Risolo, Director of the Publishing House Ibiskos Editrice Risolo (sponsor of the competition), has given a copy of the book to some young poets attending the event. She was touched by the success of the event which yearly takes place in favour of the Fondazione Luchetta Ota D’Angelo Hrovatin by giving to the Fondazione the sales of the book.  Gabriella Valera Gruber, responsible for the competition stressed the meaning of this solidarity, particularly underlining the motivation of the choice in favour of the Fondazione which was grounded in Memory of journalists who dead for their engegement for Truth. The Fondazione Luchetta , she said, shares with the Project “Poetry and Solidarity Language of the peoples” the same engagement for the values of the language and testimony,  which are the true defence of peace and future.