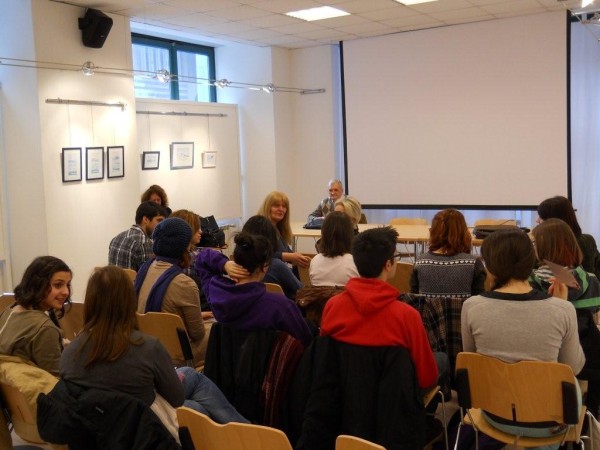 Auditorium of the National Slovene Libray in Trieste, by the High School of Lnaguages for intepreters and Translators , Via Filzi 14

In the workshop of the translator “poet”

A  workshop for translators and poets, often translators of theri own writings, who debate about their experiences,  about the  side of “translating”, about the labour of  re-generating the matter of their work, by respecting it.